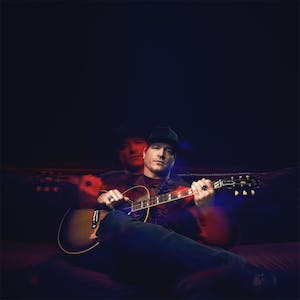 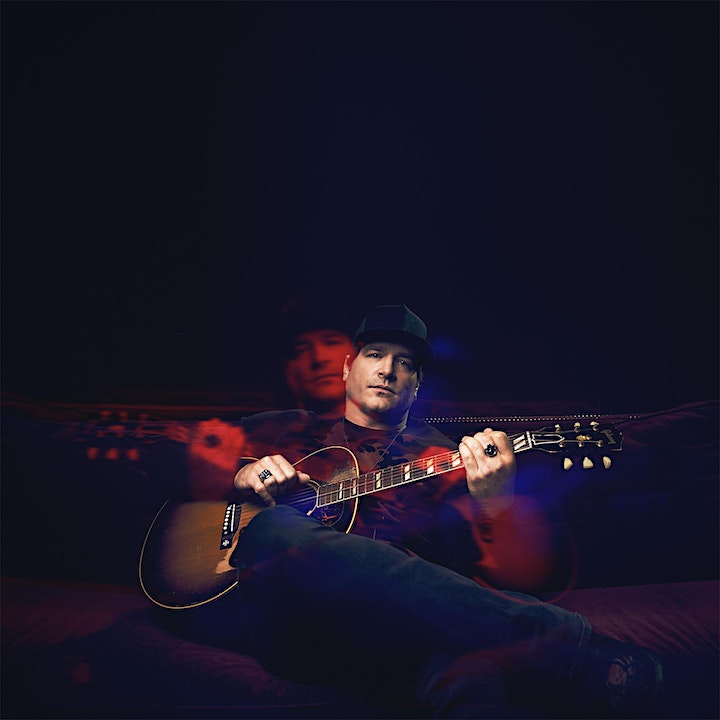 With a stunning batch of songs that push and pull at country music's borders, Jerrod Niemann returned with the best album of his career in 2017. This Ride, the singer-songwriter's fourth LP and his first for Curb Records, reminded fans and country radio alike that Jerrod is one of the genre's most engaging vocalists and entertaining performers.

A singer of songs, he delivers a lyric with conviction and emotion, and is just as gifted in the studio, where he nods to history while reinventing the country sound for today's audience. Onstage, he’s a master communicator, and with his continuing support of the USO (United Service Organization), lives with his patriotic heart on his sleeve. But nearly one year removed from This Ride’s release, the relentless creator’s travels are far from finished.

On This Ride, produced by Jerrod with Jimmie Lee Sloas, Jerrod continued the outside-the-lines approach he began with 2010's Judge Jerrod & the Hung Jury and its Platinum-certified Number One hit "Lover, Lover." But he did so with a maturity and experience that only comes from a nearly decade-long career on the charts, the road and the radio.

"This album is like Life 2.0 for me," says Jerrod of his creative rebirth. "If This Ride were a movie, it'd be told from the point of view of the man in the story instead of the boy. Challenging yourself as a human being and as a man is what life is all about, and it's been rewarding to put that into my music."

Debut single "God Made a Woman" was a prime example of that hard-won personal growth. The ballad is a classy, gorgeous love song that rightfully returns the object of affection to a pedestal. After a deluge of colloquial "hey girl" shout-outs on the radio in recent years, "God Made a Woman" restored dignity to country lyricism.

"You realize really quickly that the weight of the world is easier to hold with two sets of shoulders," says Jerrod, who married wife Morgan in 2014. "That's what I think about when I listen to this song."

It was also indicative of Jerrod's willingness to help country grow up. "There are a little less songs from the liver on this album, and more songs from the heart," he quips.

Recently, that new philosophy has been in full view through the star’s support of American service members. In 2017, he saluted the USO with an appearance on Celebrity Family Feud, donating his winnings to the charity. Later that year, he embarked on a whirlwind USO Holiday Tour, entertaining troops in two continents and onboard the USS Theodore Roosevelt. And with 300,000 looking on at the 2018 National Memorial Day Parade in Washington, D.C., Jerrod unveiled a stirring anthem he describes without hesitation as his “favorite song he’s ever written.”

Meanwhile, the moody breakup saga "But I Do" digs just as deep as "God Made a Woman," showing off Jerrod's well-thought vocal delivery. The dark "Comeback" is similarly fraught with relationship turmoil, and in "Whiskey Waitin' on Ice," which he co-wrote, Jerrod paints a picture of the ideal date night. It's the hand-in-hand partner to "God Made a Woman."

"It's a tough love song. Guys are always tough in front of their friends, but when they get home, they're big softies," he says. "This is about a guy realizing that, because of life's rat race, he has accidentally put his wife on the back burner. And he says, 'Let's fix this.' It's good for everyone to realize that in life you have to make time to live and love too."

Like the remarkable Free the Music in 2012 and 2014's High Noon, with its Platinum-certified multi-week Number One smash "Drink to That All Night," This Ride also boasted its share of fastballs, anthems meant to blare out of arena speakers and barroom jukeboxes alike. Opening track "Zero to Crazy" is a furious rocker with hints of R&B, and "Out of My Heart" opens with a lead banjo lick before exploding into a thumping wall of sound – both perfect additions to Jerrod's already high-energy concerts. And "I Ain't All There," a harmony-heavy slice of honky-tonk with guest vocals by Nineties giants Diamond Rio, keeps the album firmly rooted in classic country.

That track highlighted the fact that Jerrod is one of the genre's most educated historians – he can discuss artists from Lefty Frizzell, whose name he has tattooed on his forearm, to Garth Brooks, for whom he wrote "Good Ride Cowboy," with equal knowledge – but in truth, he actually looked to today's string-based indie-rock while crafting This Ride.

"What I really enjoy about indie-rock right now is that those artists are recording with a lo-fi sound and using more instruments than even mainstream country music. Some would argue it's more organic and sounds more traditional than contemporary country," he says. "Everything today is oversaturated with tracks and compression and all the other bells and whistles of the studio. But I want every single note in a song to count."

Jerrod hit that mark on This Ride’s third single "I Got This," a breezy, easygoing jam which found a home on summertime playlists around the nation. Written by Rodney Clawson, Josh Osborne and Luke Dick, "I Got This" drops the listener right inside the song, thanks to visual lyrics and the air that exists between them. Even the artist himself isn't immune to its imagery. "It puts me in the driver's seat of that car in your mind," Jerrod says, "looking for someone to join me on the ride."

Or, as the case may be, on this ride. Putting the pedal to the metal since he started way back in his native Kansas, Jerrod’s journey has been a trek with twists, turns and the occasional glance in the rearview at what he's learned along the way.

"I love and respect the entire history of country music, but if you're ever going to leave your own mark, you have to have your own voice and vision," he says, knowing that This Ride is far from over. "And while it's easy for people to sum you up from what you've done in the past, it's our job as artists to show behind the curtain and reveal what else we have to offer." 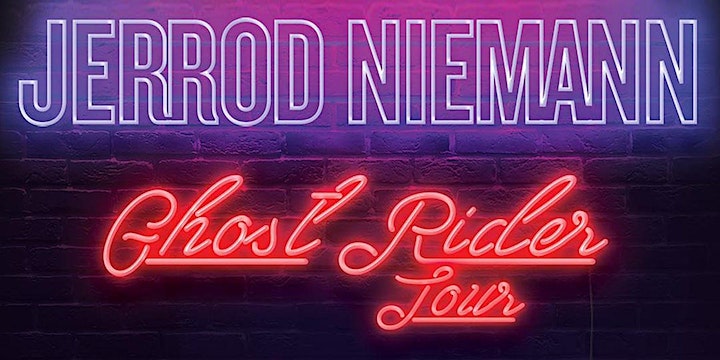 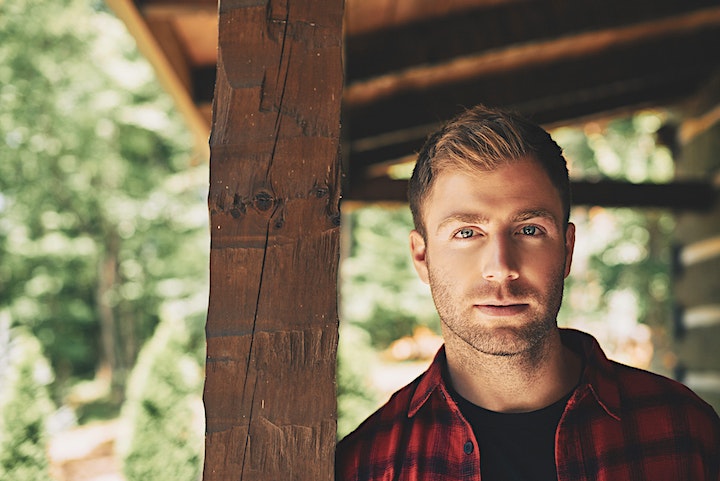 Perfecting his craft in Rocky Mountain ski lodges and Nashville’s Honky Tonks, Teddy Robb has a laid-back voice that grabs you like the Colorado winter air and wraps you up in a blanket with someone you love next to a warm fire.

A native of Akron, Ohio, Teddy grew up loving the outdoors. He fished, hiked, and played football through college at Kent State. It was during college when his passion turned to music the moment he heard George Strait’s “Troubadour.” That was it, the decision was made. He called his parents, packed his bags and hit the road. Teddy spent time in Vail playing music to support his snowboarding habit before making the final move to Nashville.

Teddy’s debut track, “Lead Me On,” co-written with Ryan Beaver, Matt McGinn and Aaron Eshuis, has over 22 million worldwide streams to date. His second offering, “Really Shouldn't Drink Around You” was written by GRAMMY Award-winning songwriters Shane McAnally and Josh Osborne, along with chart-topping songwriter and Old Dominion bandmember, Trevor Rosen. The song currently has over 21 million streams since its release in January. 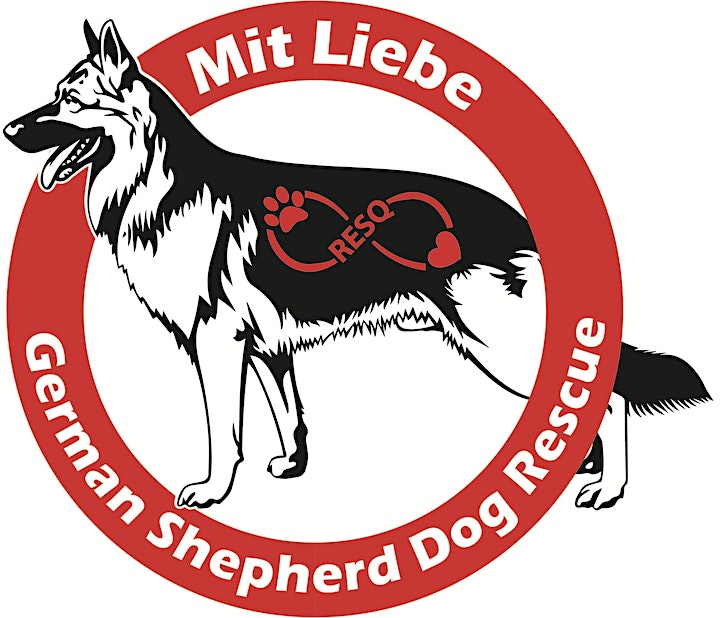 The Gobbler Theater staff are proud supporters of Mit Liebe German Shepherd Dog Rescue. A portion of each ticket sale for this event will go to save dogs.

Mit Liebe German Shepherd Dog Rescue (MLGSDR) was founded in 1998 as a 501c3 non-profit organization with the goal of rescuing and re-homing abused, neglected or abandoned German Shepherd Dogs (GSDs). Based in Suamico, WI, MLGSDR primarily rescues GSDs in the Wisconsin, Michigan and Illinois areas.

They are a volunteer based organization and rely solely on donations and fundraising to provide the means necessary to care for the dogs we rescue. Foster homes are a key component of their organization and are always needed. They also appreciate volunteers and offer a variety of ways to get involved and help MLGSDR and their mission to rescue GSDs.

Please consider making a donation to this wonderful organization.

*note that a donation doesn't include access to The Gobbler Theater

For more information on Mit Liebe and how you make make an impact on a dogs life you can visit them at:

Lily is featured below. Lily is a shepherd mix saved by Mit Liebe in October 2018. The Gobbler Theater staff fostered Lily and was later honored to adopt her. Lily has made guest appearances at the venue for a few shows. Lily loves to go to doggie daycare once a week to play with her friends. She enjoys her human family, fur sister Zoey, naps, toys, cuddling and bones. 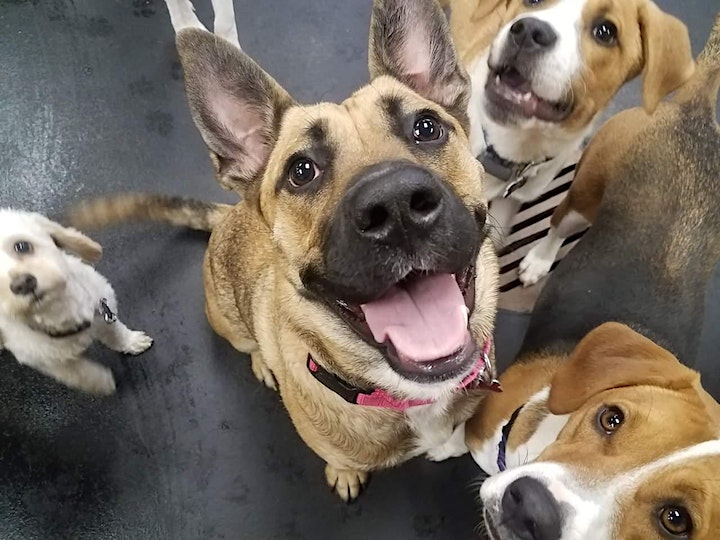