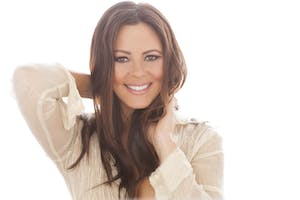 iCal
Google
Sara Evans - Limit of 6 seats per customer, per household, per order. 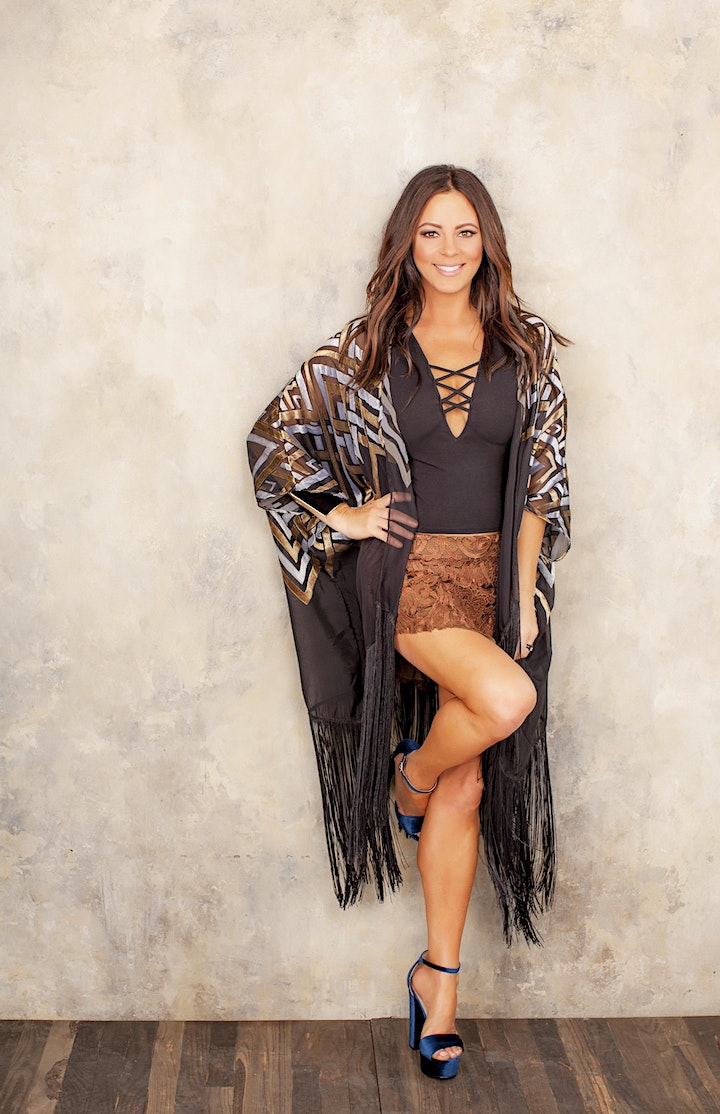 And yet, with the release of her eighth studio album, Words demonstrates that she’s still willing to leap into the unknown, taking greater control of her career and calling the shots in a way that’s unusual in country music – particularly unusual for a woman in the genre.

Words is the first project on Evans’ own label: Born To Fly Records, appropriately named after that CMA-winning signature song, which celebrated risk and adventure. Much is familiar about Words. Evans’ voice is warm and strong, the songs are authentic and memorable, and the actual words themselves resonate with the realities of everyday life.

But the album was an eye-opening experience for Evans as a creative force. As the head of her own small, flexible company, she was able to take a streamlined approach to building it. Instead of subjecting the music to multiple departments, each with their own view of one part of her career, Evans approached it with an instinctual, gut-level focus on making a project that represents the 2017 version of Sara Evans.

“The only thing I had on my mind with this album is just Grammy-level songs and the coolest music that I can find,” she says. “I didn’t really go about it in any other way. I wasn’t catering to any part of the business. There was never a thought in my head of ‘Will this work on country radio?’ So what has happened with the music is that it is still very much Sara Evans music. It’s just a little bit deeper than I’ve gone in the past.”

There’s an irony there – part of the reason that Sara Evans is one of country’s iconic modern singers is that her music has worked so well on country radio, at concert halls and amphitheaters, and in fans’ personal playlists. And the music she’s made to date is authentically her. But where Born To Fly narrowed the crowd of voices around her, Words is distinctively Sara Evans. For a woman who always tackled the music her own way, the new album is 100% her own.

It’s a big reason that the album is titled Words. The songs generate a number of words – flexible, commanding, sassy, daring, loving, hopeful, resilient – that all embody parts of Evans’ inimitable persona.

“Songs are a combination of words and melodies, and it’s the words that matter most to me,” she says. “When we go into these pitch meetings, people always ask, ‘What are you looking for? Are you OK with doing something that’s a little more pop?’ I always tell them, ‘Just play me great lyrics.’ That’s what I’m looking for.”

“A Little Bit Stronger,” Evans’ pensive, heartbreak anthem that spent two weeks at #1 represents a look at the journey thus far, one that’s kept her firmly in the forefront of country music for a solid 20 years. Born and raised in Boonville, Missouri, Sara grew up listening – like much of her audience – to a mix of country, pop and rock on the radio. She began singing with the family band when she was five and made her first attempts at recording as a teenager, committing to a creative path with her move to Nashville in 1991.

Smitten with country’s legacy, her version of Buck Owens’ “I’ve Got A Tiger By The Tail” won the approval of songwriter Harlan Howard – a Country Music Hall of Fame member who authored Patsy Cline’s “I Fall To Pieces” and The Judds’ “Why Not Me” – and of George Jones, who personally invited her to open for him at the historic Ryman Auditorium on the strength of her first album.

That project – Three Chords and the Truth, produced by Dwight Yoakam’s then-guitarist, Pete Anderson – arrived in 1997 to critical acclaim. It accurately represented a key piece of Evans’ musical personality, yet it missed other elements that were likewise influential.

“If I could go back and whisper in my ear, I probably would have advised myself to go a little bit broader with the music and not make such a hillbilly record,” she says. “I was in this mindset that I was gonna be a female version of Dwight Yoakam. That’s a part of who I am, but it’s not all of who I am. I also grew up listening to Stevie Nicks and Phil Collins and so I wish I would have rounded myself out a little more on that first project.”

She clearly learned from the experience. Her resume now includes 14 Top 20 country hits, ranging from her reassuring first #1 – “No Place That Far,” featuring background vocals by Vince Gill – to the neo-traditional “Suds In The Bucket” to the elegant, spiky pop feel of “Slow Me Down.”

But Evans has been expansive in other parts of her public life, too. She’s co-authored a trio of books for Thomas Nelson; advocated on behalf of the Red Cross; became an active contributor to the community in Birmingham, Alabama, where she’s lived with husband Jay Barker for nearly a decade; and established a lifestyle blog — A Real Fine Place —that captures her flare for fashion, beauty and cooking. That blog also demonstrates that she understands, and lives, the solid, practical American work ethic that’s alive and well in her fan base.

“Kim Kardashian will post, ‘Oh my gosh, you guys, look at this new Dolce Gabbana thing that I got,’ but everything is so high-end,” Evans says. “My fans are in middle America – you know, country music listeners, small town, exactly what I come from – and so I’m like, ‘Well, I totally found this incredible belt in Target and I put it with this nice shirt.’ Mine is completely relatable. I feel like the All-American girl-next-door that you could be a friend and go have coffee with.”

Evans is such a sign post for women in country that when the producers of the Nashville TV series wanted to ensure its realism, they sought out Evans as a consultant to help them understand firsthand the dynamics of operating as a touring country singer and a mom, specifically informing Connie Britton’s character, Rayna Jaymes. With the formation of Born To Fly Records, Evans now has a life-meets-art moment, with her real life embodying the label-owner role that Jaymes took on with the fictional Highway 65 Records. Not that Evans has any intention of copying the on-screen character.

“I’m not trying to be Rayna Jaymes and I certainly don’t want to die in a car wreck,” Evans says with a laugh.

What Evans does want to do is represent the full panorama of her artistic vision. By handpicking the team around her and making self-expression the priority of her work, she’s found songs that continue to connect her to the emotional core of her audience, and to adhere to that Born To Fly embrace of risk and adventure.

“I don’t use that word a lot, resilient, but I would say that’s the best way to define me as a person,” Evans says. “I feel so blessed, but at the same time, there’s blood, sweat and tears in every single thing that I’ve gotten in this life. I have gone out and just really, really sold it, and I’m still doing that to this day.”

Doing it her way. As a mom. As a record company entrepreneur. And, mostly, as a distinct artist still excited about her unique journey. 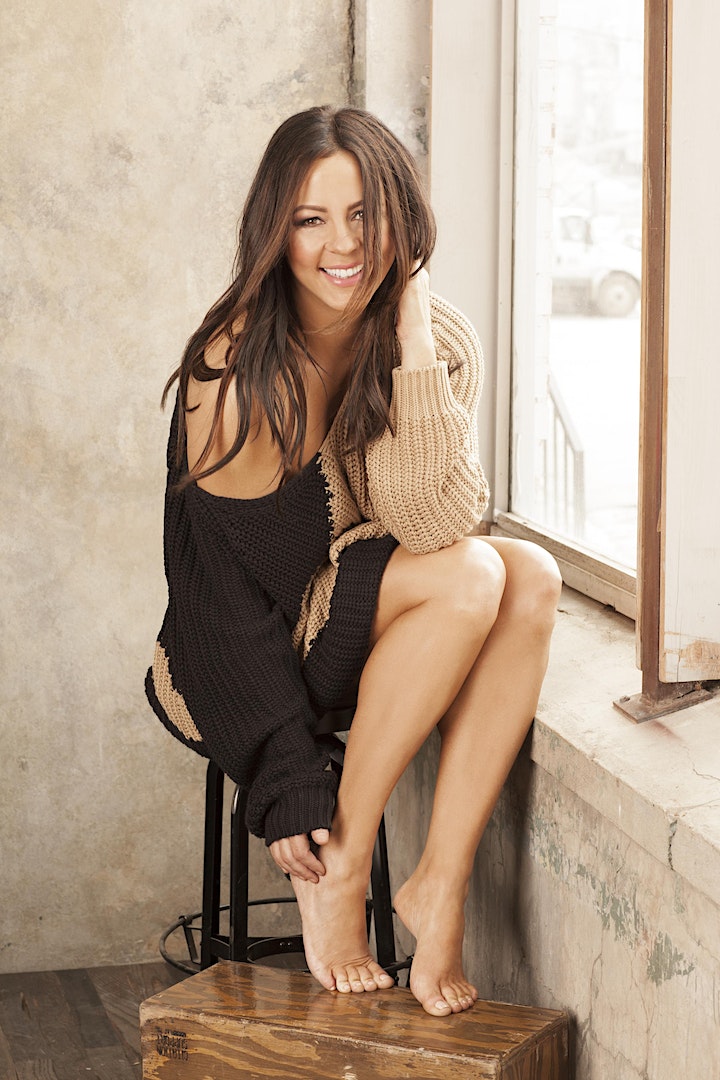 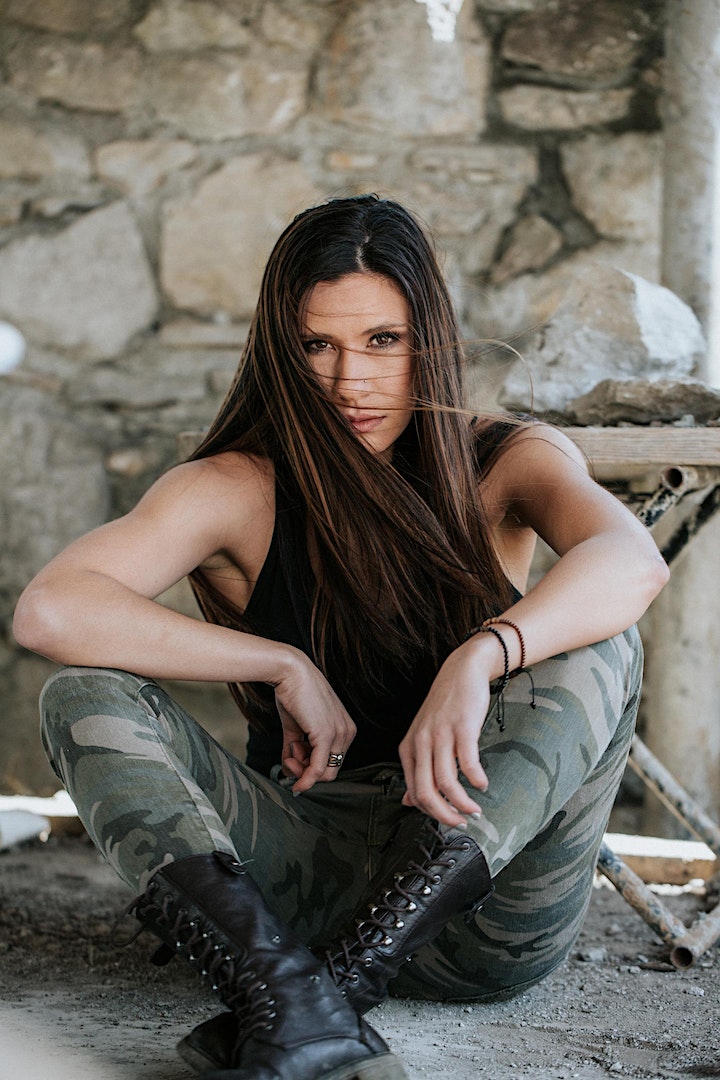 Jessie's heritage spans across four generations of commercial fishermen, and she spent much of her childhood aboard the hand-built family boat; searching for Dungeness crab and albacore tuna, and then selling their catch at the market and in their family restaurant. Hard work runs in her blood.

“From an early stage, I was able to support my dream of pursuing music with the money I earned working as a baiter on our fishing boat or selling our fresh catch at the Farmer’s Market,” Jessie remembers. “But I always knew that music was the end-game. It has always been my number one passion.”

It’s doubtful, however, that Jessie knew that entering a Battle of the Bands contest, through which she won an opening slot on Gretchen’s Portland tour date, would literally change her entire trajectory. Upon hearing her sing, Gretchen invited her onto her tour bus and urged Jessie to begin the journey that every young country singer-songwriter must embark upon — she moved to Nashville.

Jessie immersed herself fully into writing, teaming with some of Nashville's best, and spent countless hours in the studio working on her sound. Discovering the true art of songwriting under the watchful eye of Gretchen and her multi-talented friends and collaborators, Jessie realized the true depth of what she wanted to say.

“These new songs have helped me find my voice and who I am, both in the writing room and in the studio. This has been one of the biggest growing experiences both personally and in my career.” Jessie says.

The release of Jessie’s self-titled EP comes on the heels of her highly successful debut single, “Army Ranger,” which has made a loud statement on radio worldwide and with the heartfelt music video, which debuted on national networks like CMT, GAC, The Country Network and more, and has amassed well over a million video views online. The song’s success has built Jessie a devoted audience among the military community and beyond.

This EP release will preface a full album release, coming in the Fall.

“The fishing industry is closely related to the music industry,” Jessie says. “Working on a fishing boat toughens you up. And the harder you work, the more likely you’ll create a big payoff.”