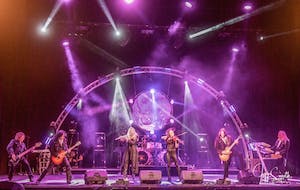 The Wizards of Winter

The Wizards of Winter present a holiday rock event for the whole family featuring former members of classic rock bands like The Trans-Siberian Orchestra, Def Leppard, The Irish Tenors Rainbow, Blue Oyster Cult and Alice Cooper Band. The group’s holiday rock opera, “The Christmas Dream,” is based around the music of their self-titled CD and their albums “The Magic of Winter” and “A Christmas Dream.” This 12-member ensemble boasts soaring vocal harmonies, precision string instrumentation, powerful percussion and stunning keyboard work, layered around a rich storyboard that evokes December’s past! 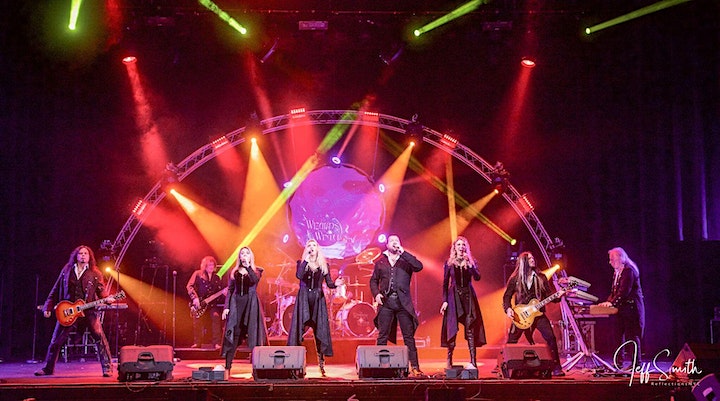 The Wizards of Winter was originally formed in the winter of 2009 as a way to give back to the band's hometown community food pantry that was in dire need of assistance. What was once simply a group of friends looking to help others in need, has now turned into a musical force that crosses the nation each year.

Two of the original founders, Scott and Sharon Kelly still perform in the group till this day. The quality of their original music combined with its message, has attracted world class talent from groups like The Trans- Siberian Orchestra, Def Leppard, The Irish Tenors, Blue Oyster Cult, Rainbow, Alice Cooper Band and Broadway who now join them on stage.

Audiences ranging in age from 8 to 80 have come to make the band's Holiday Rock Opera part of their family tradition, by coming to see it year after year.

“It truly is a Christmas rock opera,” Scott Kelly enthuses. “We take the audience on a musical journey inside a snow globe aboard a metaphysical vehicle, the Arctic Flyer, in search of the meaning of Christmas. Some parts of the story are happy, some are melancholy; our music encompasses the vast range of feelings people experience during the holiday season. It is an emotional roller coaster ride, told though our original compositions which range from ballads to prog-metal There is something in the show for everyone in the family.”

Indeed, the 12-strong Wizards are starting to make heads swivel with their synergy of the symphonic and the serendipitous, touching hearts and raising a psychic goblet to the roots of progressive rock. Co-founder, Lead Vocalist/ Flutist, Sharon Kelly states, “I never anticipated writing and performing our own songs would be so emotional. They are like one of your own children. You create it, nurture it, protect it and then when ready, you let it fly on its own. People in the audience, feeling the same raw emotion that inspired us to write the songs, is very moving.”

Sharon adds, “The whole experience of bringing music to people is very rewarding. Especially since we see such a wide range of age in the people that attend our shows. Our music truly crosses generational boundaries."

Come out and see them as they make their annual trek to spread the Spirit of Christmas.